Barcodes have been replaced with RFID and QR codes. Despite this progress, there are still many challenges relating to the traceability of products and transparency in supply chain management. Database systems managing transaction records were managed in isolation, not open to all the other stakeholders in the chain; they were open to fraud, and transactions were difficult to secure.

One technology apparently has the potential to provide answers to a number of issues in agriculture, from farmer IDs to smart contracts, from traceability and improving certification, digital payments, insurance, consumer feedback and improved logistics. It is the blockchain. The articles in this issue begin by providing a history and defining the blockchain. We learn why more people need to be educated on the blockchain before choosing how to use it. 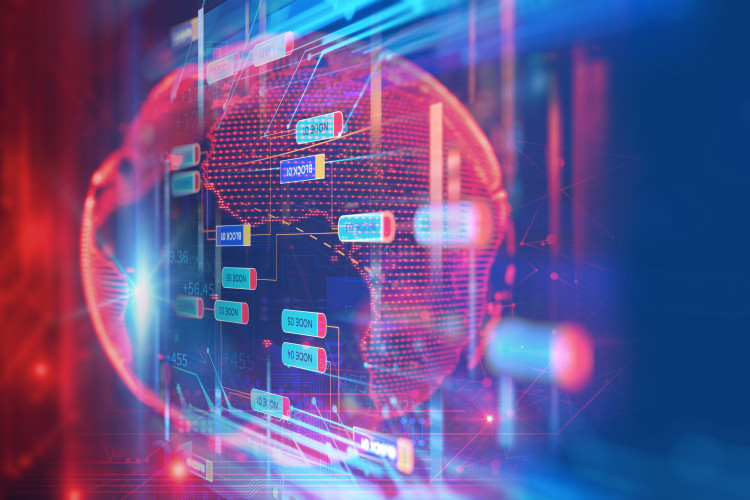 Henk van Cann is co-founder of Blockchain Workspace, an organisation based in Amsterdam, the Netherlands that provides training on the blockchain to make the technology understandable to a broad audience. Henk spoke to ICT Update about the need to educate people in the use of the blockchain before they start using it and judging it, and why trust is one of the key drivers for moving away from centralised systems and towards blockchain technology.

Assessing the need for blockchain applications

Using the Oxford Blockchain Strategy Framework, Nikolet Zwart has analysed a use case of adding value through the local processing of food by multinational agribusinesses to illustrate the usefulness of any kind of blockchain analysis. 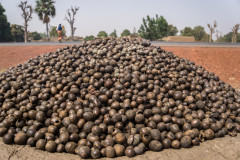 The blockchain: opportunities and challenges for agriculture

Nathalie Toulon from the AgroTIC Digital Agriculture Chair in France discusses the many ways in which the blockchain can potentially change agriculture, for example by enhancing trust, transparency and efficiency, and several pitfalls to take into account. Like any new technology, blockchain should not be viewed as a panacea. For it to serve development, it will need to mature. John Weru is a Kenya-born writer, blogger and co-founder of PayHub East Africa. In a conversation with ICT Update, John talked about the rise of cryptocurrency, the potential of the blockchain to improve efficiency in the agricultural value chain in Africa, and the urgent need to educate people about the technology itself and the economy that it is creating. Eva Oakes describes Choco4Peace’s experience building a network based on blockchain technology in the cocoa sector in Colombia. The main aim is to get smallholders out of both cocaine production and poverty through access to finance. In 2017, The Fork – an Amsterdam-based company working on blockchain for global food chain development – developed, reviewed and commented on about 20 applications of the blockchain in agriculture. After briefly explaining what it essentially is, we will summarise its value for agriculture – which is different to what is often communicated – as well as its limitations, and how you can start experimenting with it. 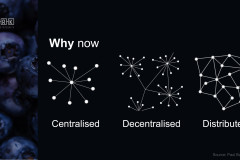 The rise of blockchain technology in agriculture

Blockchain appeared in our lives as a modern technology that promises ubiquitous financial transactions among distributed untrusted parties, without the need of intermediaries such as banks. Several ongoing projects and initiatives now illustrate the impact blockchain technology is having on agriculture and suggest it has great potential for the future. 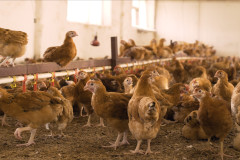 by Sander Janssen and Jaclyn Bolt

Sander Janssen and Jaclyn Bolt discuss the potential of blockchain technology for development by way of multiple examples, arguing that it needs to be combined with a strategy for digitisation, targeted capacity building of its users and an impact-driven approach. 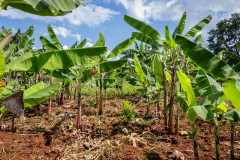 Breadtrail: from farm to fork

BreadTrail, an app created by Darien Jardine, Nirvan Sharma and Reshawn Ramjattan, makes introducing reliable and incorruptible traceability to the supply chain secure and scalable while providing benefits to everyone involved from farmer to customer. Chris Mimm explains how Farmshine is attempting to rebuild the value chain infrastructure in East Africa. Farmshine connects actors in the value chain on a fully transparent blockchain platform, providing them with a digital identity and fully traceable record of transactions. 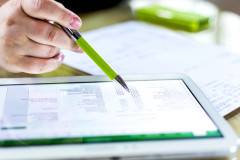 A selection of interesting websites, online platforms, and literature on blockchain and cryptocurrencies by Ken Lohento and Chris Addison

Business transactions in agriculture have been transformed by the digitisation of the value chain. The first big impact came with barcodes, which made it possible to track items through a value chain. Then came handheld mobile data collection devices, more affordable sensors to track conditions, followed by the internet to transform links with consumers.

Business transactions in agriculture have been transformed by the digitisation of the value chain. The first big impact came with barcodes, which made it possible to track items through a value chain. Then came handheld mobile data collection devices, more affordable sensors to track conditions, followed by the internet to transform links with consumers. Mobile phones now take over many of these roles.

The Digitalisation of African Agriculture Report, 2018-2019

by Selorm Akaba and Festus Annor-Frempong