ICT Update sometimes publishes expanded versions of the magazine to cover special events as well, such as this and the previous issue, which report on the ICT4Ag conference held in Kigali, Rwanda on 4–8 November 2013. Finally, this issue is also special because it marks a new direction for ICT Update, inspired by the ICT4Ag conference.

The title of this ‘post-conference’ issue is ‘Making it happen’. All week long – in presentations, in hackathons, during Plug & Play Day, on blogs and in the corridors and booths of the conference venue – approximately 475 delegates presented, debated, brainstormed, innovated and networked. And at the end of the week, they produced a detailed plan of action. The positive reactions by participants and organisers already point to a successful conference – if only because it provided a stage for a truly diverse group of people to marry ‘a very cool field, ICTs,’ as Agnes Kalibata, Rwandan minister of agriculture and animal resources referred to it, ‘to a not-so-cool field, agriculture’.

The true measure of success, however, will only become evident in the months following the conference, as delegates begin to actually ‘make happen’ the points on the action plan (see the guest editor article by Giacomo Rambaldi and Benjamin Kwasi Addom from CTA on pages 4–5). This issue also follows up with the three leaders of the conference streams – Benjamin Kwasi Addom, Saskia Harmsen and Dady Demby – to see whether their sessions on emerging innovations, capacity strengthening and enabling environments, respectively, lived up to their expectations (see the three Q&A articles on pages 6–7, 14–15 and 19–20). CTA also sent a Knowledge Management team to Rwanda, consisting of Pete Cranston, Chris Addison and Krishan Bheenick, to report on the sessions. Three short articles based on their summaries appear on pages 9, 17 and 22.

Nawsheen Hosenally from CTA is introducing a new regular feature called ‘Young voices’. She kicks off with an article that describes the experiences of a young team of social reporters at the ICT4Ag conference. This initiative is part of CTA’s ongoing effort to engage youth in activities related to ICTs and agriculture. In addition to introducing a new feature, this issue of ICT Update is also moving in a new direction. Inspired by ICT4Ag, the magazine’s new name from now on symbolises the bringing together of the digital and agricultural worlds at the conference in Kigali and hopes to build on its success. by Giacomo Rambaldi and Benjamin Addom

The ICT4Ag conference held in Rwanda in November 2013 was unique in that it brought together a highly representative body of delegates from the ICT and agricultural sectors.

Dady Demby discusses various aspect of ‘enabling environment’, including how to create a balance between public and private financing to build ICT infrastructures. Taking risk out of local hands

The session on ‘Broadband’ examined innovative ways of reducing the costs of connectivity and improving access to internet and other ICT services in remote rural areas. Examples include the universal service funds in countries such as Pakistan and Nigeria. The session on ‘Capacity development, gender and ICTs in agriculture’ showed how communities benefit from giving women equal access to ICTs and stressed that all stakeholders, including men and the larger family unit, have to be involved in initiatives to improve women’s access to ICTs. 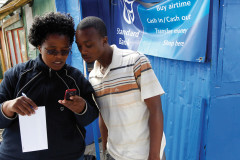 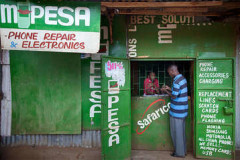 A living database for ICT4Ag

Ben Addom, coordinator of the ‘Emerging innovations’ stream, talks about the effort to create a ‘living database’ of ICT4Ag solutions. 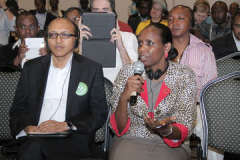 Nawsheen Hosenally kicks off a new regular feature called Young voices by describing the experiences of the young on-site and online teams responsible for social reporting at the 2013 ICT4ag conference in Rwanda. Saskia Harmsen discusses a number of topics that were covered in her sessions of capacity strengthening, including the importance of grassroots engagement and farmer organisations. 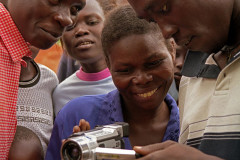 What began in 1998 as a newsletter and became a slim 8-page publication in 2000, eventually evolved into a full 16-page magazine in 2010 with its own website, newsletter and a social media presence.