Across the African, Caribbean and Pacific group of states (ACP),almost 200 million people make their living directly from agriculture, most of them in sub-Saharan Africa. Many of these are smallholder farmers, representing some of the world’s poorest people. Living outside urban centres, smallholder agricultural workers are hard to reach with services like agricultural extension support and formal financial services. ICTs can help to mitigate these gaps. Mobile offers a portable and relatively inexpensive communication mechanism which can be used to access information and financial transactions for previously underserved people. GSMA Intelligence estimates that almost 50% of the developing world population owned a mobile phone in the first quarter of 2015. However, mobile need not act in a vacuum. Creating mobile services that are strengthened by alternative media channels such as TV, radio and increasingly the internet can only expand the addressable market for much-needed services.

The opportunity for mobile

There are three key areas where smallholder farmers are typically underserved and where mobile phones can play an important role.

First, mobile phones can help to address agricultural workers’ information deficit. Smallholders rely on traditional sources of knowledge about crops, livestock, marketing and weather, which might not be easy to access and are often not reliable.

Agricultural value-added services (Agri VAS) can help to overcome this challenge. In Tanzania, for example, mobile operator Tigo, a grantee of the GSMA mFarmer initiative, delivers agronomy information alongside market prices and short-term weather forecasts through its Tigo Kilimo service. The service had around 400,000 registered users in December 2014.

Mobile can also help to tackle supply chain inefficiencies: poor logistics and weak infrastructure in rural areas can cause waste of agricultural produce and other resources. Business-to-business (B2B) solutions like Syngenta’s Farmforce allow agricultural businesses to manage the relationships and transactions with their smallholder suppliers via feature phones (SMS) and smartphones (apps), while increasing standards and efficiency of production and improving traceability through the supply chain.

Finally, mobile can facilitate access to financial services. Farmers do not always have ready access to capital, which makes it difficult for them to invest in new farming technologies. Mobile financial services (MFS) can offer loans, interest-bearing savings and e-subsidies for fertilizers, which target smallholders. Mobile agriculture insurance could reduce the risks associated with agricultural production, such as changing weather patterns and harsh weather events.

Driving adoption of mobile money in the rural market is a new and promising area for mobile operators, which also means that few examples of best practice are currently available in this space. However, mobile operator Vodafone are forging the way with Connected Farmer in east Africa, using M-Pesa to enable farmers to save and invest.

The GSMA deployment tracker follows 124 live mobile agriculture (mAgri) services worldwide. Early mAgri services were predominantly in South Asia, with the first African services launching in 2008. The number of mAgri service launches began to increase in 2009, and peaked in 2013 with 27 mAgri services launched that year. The majority of the services in these regions are business-to-consumer (B2C) services providing information on local weather, market prices for agricultural products and information on crops and livestock. In the four GSMA focus regions (sub-Saharan Africa, South Asia, Latin America and the Caribbean) there will be an estimated 47 million potential Agri VAS users at the end of 2015. Fifty-seven percent of these users, or 27 million, are in South Asia. Sub-Saharan Africa represents close to 16 million potential Agri VAS users. Latin America and the Caribbean follow with just over four million. As mobile operators and VAS providers focus more on underserved rural areas, the number of Agri VAS users is expected to almost double, from 47 million in 2015 to over 90 million in 2020, representing growth of 14% per year in this five-year window.

According to GSMA Intelligence analysis, India is the largest market globally with an addressable market of 22 million Agri VAS users in 2015. After India, the most potential lies in East Africa: Kenya, where GSMA is tracking 19 Agri VAS and Agri mobile financial services (MFS), and Ethiopia both have around two million estimated users.

In ACP states, two markets to watch are Ghana and Haiti. Ghana has benefited from the presence of pan-African technology and content providers like Esoko, whose services target smallholder farmers. If more operators embrace the mobile agriculture opportunity, the country could reach close to two million Agri VAS users by 2020. There is great potential for mobile to address the poverty challenge in Haiti. Mobile penetration approaches 75% of the population and over 50% of the active labour force work in agriculture. Mobile services targeting the rural population could play an important role in increasing agricultural productivity, which to date is extremely low with cereal yield at just over one ton per hectare.

GSMA’s experience suggests that services are scaling more rapidly in those markets where the content ecosystem is more advanced. Public investment and public–private partnerships are becoming essential tools for extending connectivity, services and information. Partnerships between mobile operators, Agri VAS providers, content providers and government institutions, as well as agri-businesses and other value chain players, are fundamental to create these ecosystems. However, such partnerships are often complicated to broker, as different players bring different objectives to the table.

Ongoing activity at the Technical Centre for Agricultural and Rural Cooperation (CTA) in Wageningen, the Netherlands to build an Apps4Ag Database reveals a wide range of ICT solutions using ICT channels outside mobile such as video, radio, web, and animations. The initiative shows the highly diverse nature of ICT applications with little coherence in their development process, resulting in huge overlaps in the services offered in some areas and leaving gaps in others. Instead of maximising their target audience by leveraging several channels, most VAS focus on the power of a single channel to reach their users.

As within the mobile agriculture ecosystem, partnerships between ICT providers are not always easy: differing time scales, competition for resources, and clashes in organisational values and culture can inhibit these relationships. However, a CTA conference in October 2014 suggested that the outlook was hopeful for cross-channel ICT4Ag products. There is a willingness to collaborate between different channels to increase impact. Participants resolved to explore new ways to partner and generate learnings and insights that can be shared with the broader community.

Inspiration can be taken from projects outside of ICT4Ag, such as BBC Janala. This service driven by BBC Media Action combines a TV soap opera with a mobile learning platform across all the major network operators, as well as online and via printed resources. By offering a variety of channels BBC Janala has reached 28 million users, relying on a number of valuable partnerships with mobile network operators and content providers. Brokering partnerships between different organisations can be challenging, but where it can be achieved the potential impact for end users is greater. 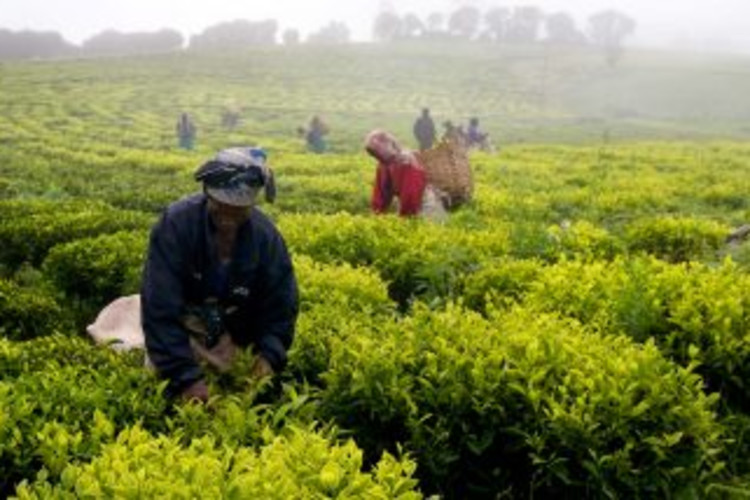 by Rikin Gandhi and Aishwarya Pillai

Rikin Gandhi and Aishwarya Pillai explain how video-based learning can encourage communities to be co-creators of knowledge and not just passive recipients.

by Grace Agili and Stephen Rono

The authors discuss the public sector’s efforts to introduce e-extension at the county level in Kenya.

by Julia Bello-Bravo and Barry Pittendrigh

Julia Bello-Bravo and Barry Robert Pittendrigh outline an emerging strategy to connect local and global experts to create and deploy educational content for low-literate learners in the form of animated videos. The creativity and passion of the private sector

The private sector is well placed to contribute to the agricultural sector through its creativity and passion in partnership with other players in the sector.

NGOs in the ICT4Ag space

Shaun Ferris discusses how different technologies have transformed the way NGOs work in communities affected by poverty and injustice.

Dispatches from the Consom’Acteurs film festival

The first Consom’Acteurs film festival turned food and agriculture into popular topics of discussion among young people in Burkina Faso. 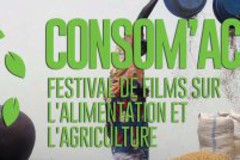 The web: a thing of the past, or here to stay?

How relevant and useful are web tools for ICT4Ag today? Are they on their way out, or on the contrary, is the web a nucleus from which other channels spread?

by Cliff Schmidt and Bartholomew Sullivan

Audio is an effective way of delivering agricultural extension information

The role of academic institutions

by Mark Bell and Kim I. Mallalieu

by Subrahmanyam Srinivasan and Stephen Muchiri

Farmer organisations are an ideal medium for delivering ICT-based services to improve farmers’ incomes, and expand their markets 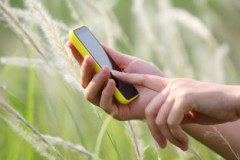 Mobile agriculture has contributed successfully to the current developments in ICT4Ag sector. This issue’s guest editors predict further impact in the sector if cross-channel partnerships in ICT4Ag projects are achieved.